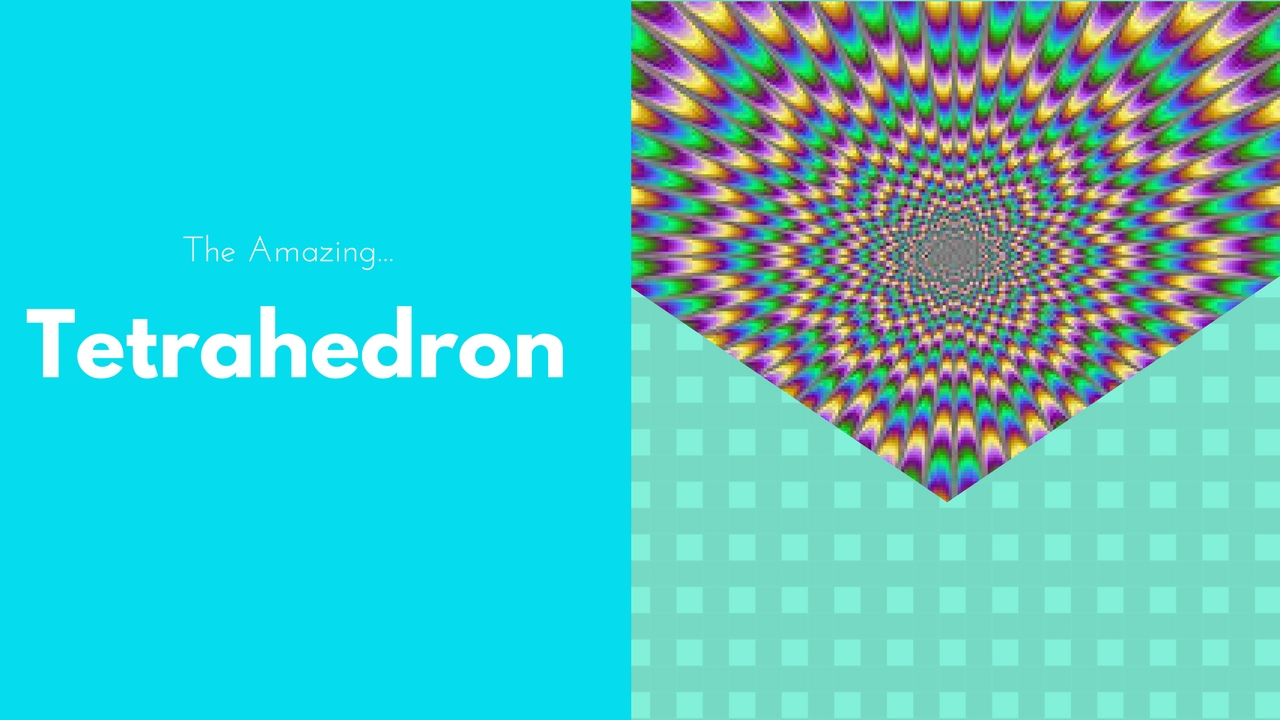 In geometry, a tetrahedron, also known as a triangular pyramid, is a polyhedron composed of four triangular faces, six straight edges, and four vertex corners. The tetrahedron is the simplest of all the ordinary convex polyhedra and the only one that has fewer than 5 faces.[1]

The tetrahedron is the three-dimensional case of the more general concept of a Euclidean simplex, and may also be called a 3-simplex.

The tetrahedron is one kind of pyramid, which is a polyhedron with a flat polygon base and triangular faces connecting the base to a common point. In the case of a tetrahedron the base is a triangle (any of the four faces can be considered the base), so a tetrahedron is also known as a “triangular pyramid”.

Like all convex polyhedra, a tetrahedron can be folded from a single sheet of paper. It has two such nets.[1]

For any tetrahedron, there exists a sphere (called the circumsphere) on which all four vertices lie, and another sphere (the in sphere tangent to the tetrahedron’s faces.[citation needed]

How I am Feeling

At the moment I am really happy and excited to see my dad again. I have also started feeling that I am going to miss my mum a lot like I have my dad. I am really lucky to be able to do this crazy adventure and have a great time. Recently I have decided to go back to England and live with my dad only if I get a place in Dallam or QES other wise I will stay travelling with my mum. It is really amazing that I get these decisions!

I hope you guys have enjoyed today’s blog post and if you have don’t forget to smash that like button and follow if you are new around here.