Today I wrote about the Roswell incident and I found it quite fascinating and exciting to hear about different peoples perspectives on this crash.

I Hope You Enjoy It!

The Roswell Incident was 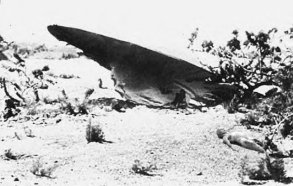 a suspected UFO crash in mid 1947. The US military claimed that it was just a weather balloon. Many talks were going around till the 1970’s, when some ufologists begun promoting different conspiracy theories on what happened that night. They were claiming that it was a UFO that had crashed that night; it was also claimed that there were extraterrestrial bodies recovered by the military, which then they started a cover-up.

In the 1990’s, the US military disclosed two reports about what actually happened that night; they said it was a nuclear test also known as Project Mogul. 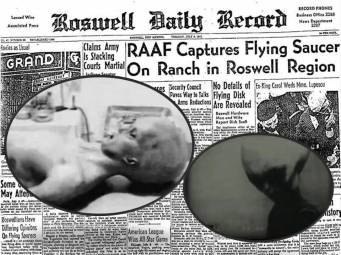 Even though the US military released this information there were still a lot of conspiracy theories around what happened. The US government or even the military never disclosed anything else about what happened which raised a lot of attention. A man called Brazel was driving down the Roswell Freeway and he found some debris; that his son described as tinfoil and metal and he reported it to the Roswell Daily Record. There was no sign of an engine near the Debris or even propellers this shows that it could not possibly be a hot air balloon.

One of the men that were part of the military operation that night and once he retired he started telling reporters from the media information. This mans name was Philip James Corso and he reported that the UFO c

rash at Roswell did happen and that there were bodies recovered that night. Philip ended up publishing a book on the incident and called it ‘ The Day after Roswell’ it explains what happened at his account. One of the lines in the book said ‘I opened the lid of a wooden container and I saw an extraterrestrial body with a big head and then a small body. I shouted to my mate and said, “ look what is in here” then he replied with “ I already looked” I just walked on further and continued with me patrol.” This passage explains exactly what happened and it caused an up rise and the military or government did not say anything. This shows that the Roswell incident could have been a UFO crash. It is still not fully known what happened on that night in 1947.

My perspective on this is that the roswell incident was a UFO and I a going to write this from the other point of view soon.